In Nightcrawler, Did Jake Gyllenhaal Sabotage His Competitor with a Safety Bollard?

Bollards in Movies > Blog > In Nightcrawler, Did Jake Gyllenhaal Sabotage His Competitor with a Safety Bollard?

FYI, this article contains a spoiler. It won’t ruin the entire movie, but there is a spoiler to the Nightcrawler plot.

I’ve been wanting to watch Nightcrawler since it came out in theaters in 2014, but I never did.

Until now, on Netflix. And it was worth the wait.

My recent interest in this film arose because I became interested in seeing an actor whom I had never heard of until I watched HBO’s The Night Of.

Only to discover the actor had a prominent role a couple years earlier in Nightcrawler.

The actor is Riz Ahmed, AKA, on The Night Of, Naz! 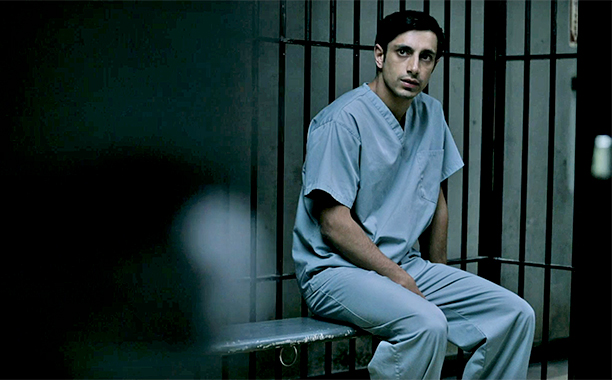 If you’ve seen the movie, there’s no need for me to elaborate on his position and how Louis fully uses his self made-up power to make Rick his bitch. 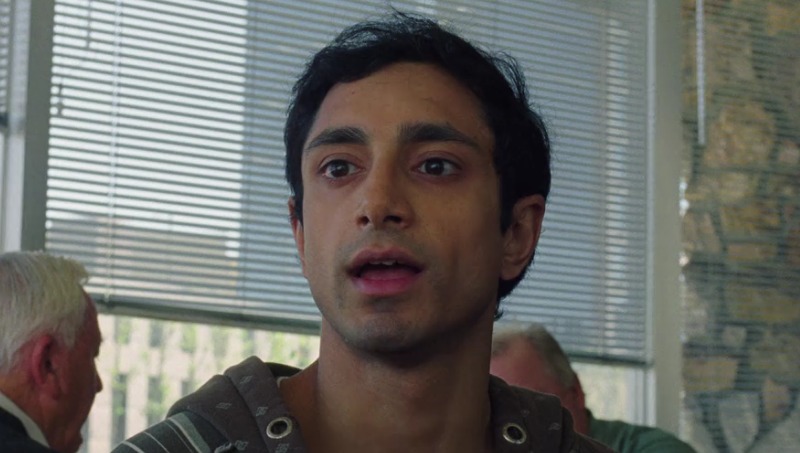 Throughout the movie, we learn that Joe Loder (Bill Paxton RIP) is a direct competitor of what Louis Bloom is trying to become—being the first person on the scene of Los Angeles accidents and murders with a camera to film bloody headline news stories.

At one point, Joe even offers Louis his own van to work for him. Louis declines the offer in his own straightforward awkward way.

Rubbing in the Success

A little later, we see an accident where Joe is leaving the scene with footage as Louis is just arriving, showing Joe’s superiority and sophisticated nature of playing this time-sensitive game. What a cocky dick. 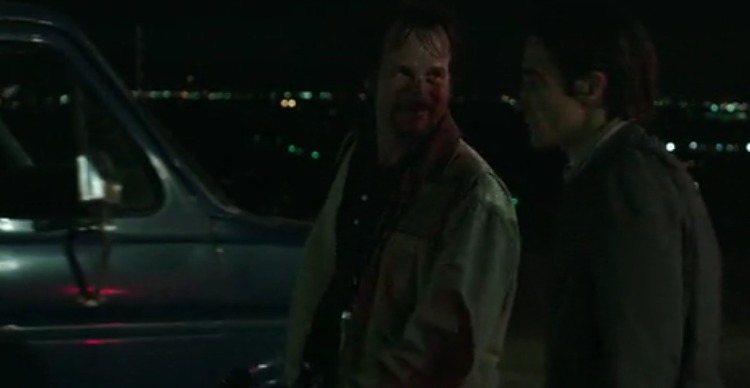 Did Louis Cut the Van’s Brakes?

Soon enough, we are shown a scene where it looks obvious to the viewer that Louis is tampering with one of Joe’s vans. Louis is underneath the van and we hear a wrench and other basic tools being used.

It appears to be very obvious that Louis has cut the brakes of Joe’s blue van in order to sabotage Joe’s competing business. Then we see Louis walk away to his red Mustang.

Did Louis Cut the Brakes?

On the surface, yes, it looks like he manipulated the vehicle to cause harm. However, I think Louis actually installed a device that would give Louis total steering control of the van.

This leads to the terrible accident…

Louis and Rick are the first on the crash scene with cameras. They are legit professionals at this point. And it appears as if Joe’s van slammed right into a streetlight. How did that happen?

I think Louis actually installed a steering device into the blue van in the previous scene in order to control the van and make it slam into the pole. He didn’t cut the brakes.

How else would an alert, competent driver such as Joe lose control and collide with a street light in the middle of a sidewalk as seen in the screenshot above?

A cut brake-line makes sense, but if Joe sensed the brakes were amiss after leaving his driveway, he probably would’ve just steered out of the way of a pole until he hit a building once he got to full speed.

During this scene, we are getting a sense that Louis will do anything to be the first to get a gory story on film. He will go to any length to appease his news anchor crush.

Throughout the movie, Louis also reminds us that he’s a fast learner. He can learn about anything quickly and become an expert at whatever he chooses.

While we use this character trait to connect the pieces that he has the ability to quickly learn about the news industry and know the exact type of footage that will sell, we should also keep in mind that Louis might need to stay aware of basic traffic safety and parking procedures in order to avoid getting his red Mustang towed when arriving at murder and accident scenes.

This is why he always insists on taking his camera out and making Rick safely park the car because Rick should also be learning the parking rules.

While doing research about parking in the L.A. area, Louis most likely learned about bollards.

Now if we put some things together, we will understand how Louis came to sabotage Joe’s van.

I think Louis actually set up a traffic bollard and forced the van to crash into it while using the van’s planted GPS steering device Louis installed in the previous scene!

Yes, this is the same crash photo we’ve already seen.

As Louis walks around the scene where Joe has crashed the van, we get a different angle and can see that it appears as if a traffic safety bollard has been planted between the van and the light-post. 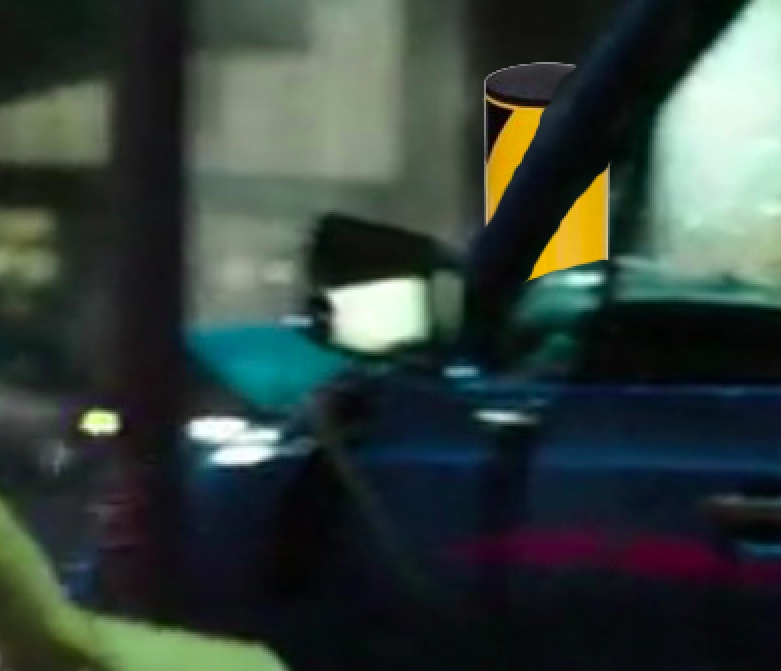 Louis knew that simply taking control of Joe’s blue van via GPS and ramming it into a typical streetlight would not be enough to destroy the van and kill his competitor. Streetlights can be weak and fall over, even with the slightest bit of contact.

Instead, Louis knew that he would need to install a solid security ram-raiding bollard device that could withstand crashes up to 30 MPH in order to take out his main competition.

So he installed that bollard in front of the streetlight and rammed the van into it, knowing that most people on the scene would believe a van crashing into a basic streetlight would be able to kill a man.

When really, Louis knew it would be the bollard that would be his competition’s ultimate demise. 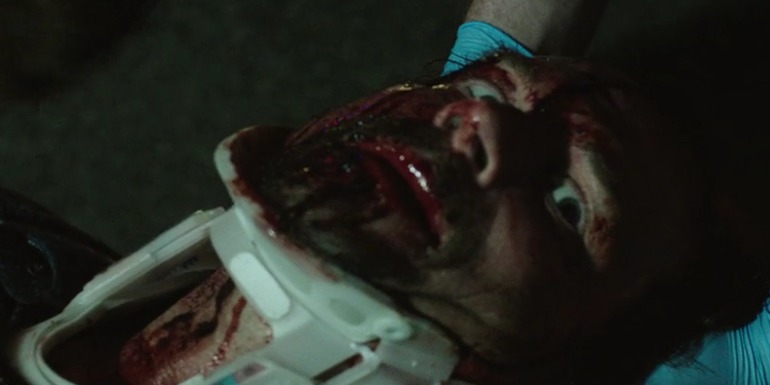 I think this guy wins, especially with his bollard knowledge… 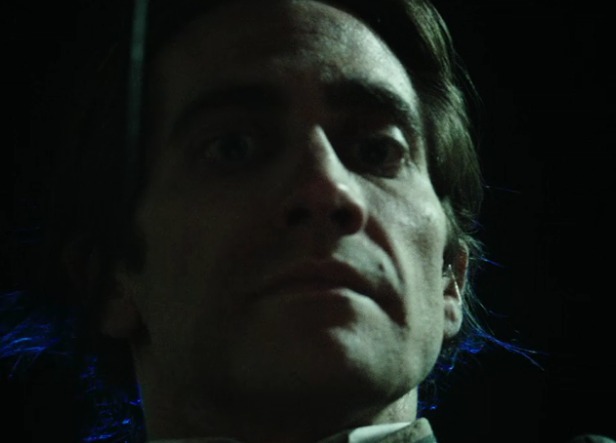 Now read about the history of bollards.