Bollards in Movies > Blog > The Terminator: What if Bollards Appeared in the Terminator Films?

In the first two Terminator films, Arnold Schwarzenegger spends quite a lot of time crashing into buildings. It seems bollard construction in the Terminator universe wasn’t viewed as necessary, and ram-raiding crimes were nonexistent, until the Terminators came along with their disregard for public and private property, as well civilian safety.

Remember the iconic scene in The Terminator where Arnold gets to say his signature “I’ll be back” in the police station, cementing it as one of the most iconic lines in action film history? Well, that moment would have been completely trumped if traffic bollards had been installed outside.

When he looks around at the construction of the front desk itself where the confronted police officer sits, he would then have to take into account the one object keeping his vehicle from smoothly catching the police by surprise. He might have changed his strategy a bit before the massacre if he couldn’t make such a dramatic and unexpected entrance. Time to “bollardize” the situation: 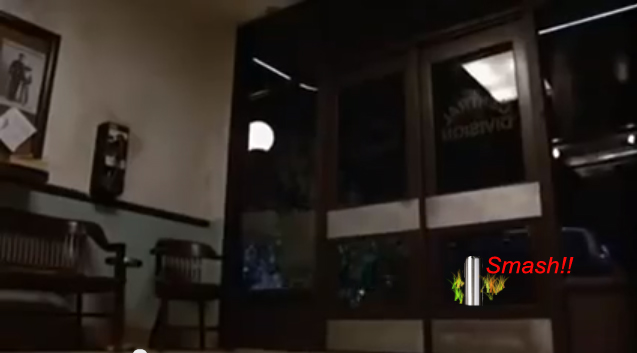 Just imagine the T-101’s confusion when hitting that little bastard bollard and getting out of the car, forcing him to awkwardly open the door of the station (or just shoot it, I suppose) and commence shooting when most of the officers would likely have been scrambling to the scene to find out what the hell happened. At the same time, maybe getting them all to cluster around the scene of the accident first would have made it easier for the Terminator to mow them all down right then and there. Who knows?

Another hypothetical bollard situation involves pretty much every scene involving a vehicle in Terminator 2: Judgment Day. Do you recall the liquid metal T-1000 ditching his magnificently fast legs for that big-ass truck during the first John Connor chase sequence? John manages to make the excellent decision to go down into the Los Angeles storm drains to evade the psycho, only to stop for some reason, look up, hear the roaring engine approach and witness the thing crash through the railing and fall into the drain in relentless pursuit. Imagine how that scene would’ve played out had bollards lined the railing:

The T-1000—perhaps experiencing frustration for the first time in machine history—would’ve had to get out of that inconveniently sized vehicle, run or jump down into the drain, and resume reaching those incredibly impressive leg-speeds while John sped off. John would run out of gas in that little bike, eventually, and it’s not like the T-1000 can get exhausted…or can it?

Maybe it could’ve gotten into this situation a little earlier for more a convenient travel method, but, again, I don’t think traffic post awareness is included in these machines’ programming. And James Cameron had more pressing matters to attend to in his storytelling, anyway, like making sure every scene was saturated in icy blue lighting. Seriously, man, get over your ocean fetish. It was cool until Titanic came along, and then of course you just had to make an entire race of blue people for Avatar. Maybe if you married that color instead of Kathryn Bigelow, you wouldn’t have wound up divorcing Bigelow and feeling as bitter when she won Best Director and Best Picture for The Hurt Locker instead of you for your clichéd Dances with Wolves in Space, but I digress.

In a later scene, toward the end (I won’t spoil anything, for those who haven’t somehow seen it), the action winds up in a steel mill. John is chased by the T-1000 while driving a commandeered pickup truck, as the friendly Terminator tries to stop the T-1000, which is driving a truck full of liquid nitrogen. As the pickup approaches the inexplicably wide open mill, workers scramble to get away from the maniacs behind the wheel. 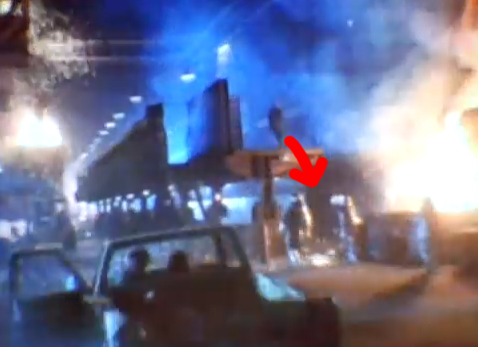 Now, imagine if a single bollard was planted right before reaching that point, perhaps at the entrance: 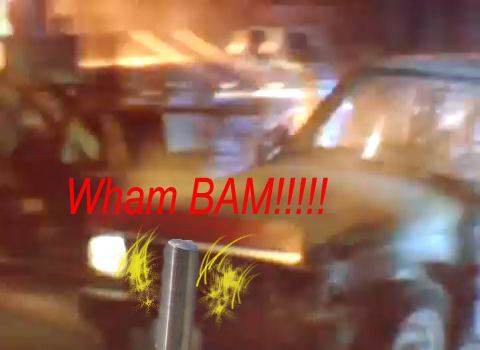 Yeah, John and his mother Sarah Connor might have died on impact at that speed, or suffered major injuries depending on whether or not the airbags deployed, but big ole Arnold could help keep them safe, I’m sure, getting them away from the malevolent “mimetic polyalloy” man. And even if they did perish along with the last remaining hopes for humanity, at least the building manager would know the facility’s security measures worked, and that the employees were working in a somewhat safer environment. Well, provided the spilled tank of liquid nitrogen didn’t freeze them all.

The Terminator universe might not be the best to implement bollards, inconveniencing both our heroes and villains alike, but I bet a lot of the pedestrians would’ve felt safer prior to the big nuclear blast that would hit them come Judgment Day, and that’s what bollards are all about.