Ferris Bueller’s Day Off: Traffic Bollards Might Have Saved Cameron Some Embarrassment

Bollards in Movies > Blog > Ferris Bueller’s Day Off: Traffic Bollards Might Have Saved Cameron Some Embarrassment

Ferris Bueller’s Day Off is considered one of John Hughes’ best, rivaling that of The Breakfast Club, Pretty in Pink, Sixteen Candles, Home Alone and Planes, Trains and Automobiles. It’s a fun story about teenage angst and also attempting to find one’s self in a restrictive world. The awesome cast includes Matthew Broderick as the titular Ferris Bueller, Alan Ruck as his friend Cameron and Mia Sara as Ferris’ girlfriend Sloane.

But there’s one question that few have asked regarding this masterpiece: Where could traffic posts come in?

Of course, one of the most pivotal moments in this film involves Cameron’s father’s most prized possession, a Macintosh-red convertible, namely this one:

As you can see, after ditching class for the day, the group of friends decides to take this car to downtown Chicago on a joy ride in light of Cameron’s father’s absence. Cameron is a nervous wreck about this vehicle. Note that even the car’s license plate reads “NRVOUS”, capitalizing on an overall neurotic family.

The car comes dangerously close to being wrecked in this scene when the guys who work at the valet parking garage downtown take it for a test ride as the Star Wars theme plays:

But even that isn’t enough to damage this car. At one point back at Cameron’s house after a fun-filled day in the city, the car finds itself safely parked in its upper-middle-class garage.

There is a problem, however: the miles on the car go in reverse, meaning they have to open up the odometer and roll it back themselves. They have the car in reverse but raised so it won’t roll out of the back windows, which begs the question: Why have back windows to your garage twenty feet above ground when you’re so obsessed with protecting your car? Regardless, Cameron gets upset and rolls the thing out on accident after getting upset at his dad’s obsession with it, kicking the bumper repeatedly and pushing it down onto the garage floor.

While he may have done enough damage to the car to get his dad beyond angry, we know it was this that would really push him over the edge, even though we never actually meet Cameron’s dad to begin with.

But could this have been avoided? What if his father was crazy and obsessed enough to install his own traffic bollards in that clearly vulnerable garage?

That would’ve kept the damage to a manageable minimum compared to what actually happened, and Cameron would’ve faced (possibly) a little less shit for what he did, but most of all his dad would be thankful that he thought of installing traffic posts to protect his obsession, and Cameron would’ve been more prepared to face his dad at the end of the movie.

Well, you live and learn, don’t you, Ferris? 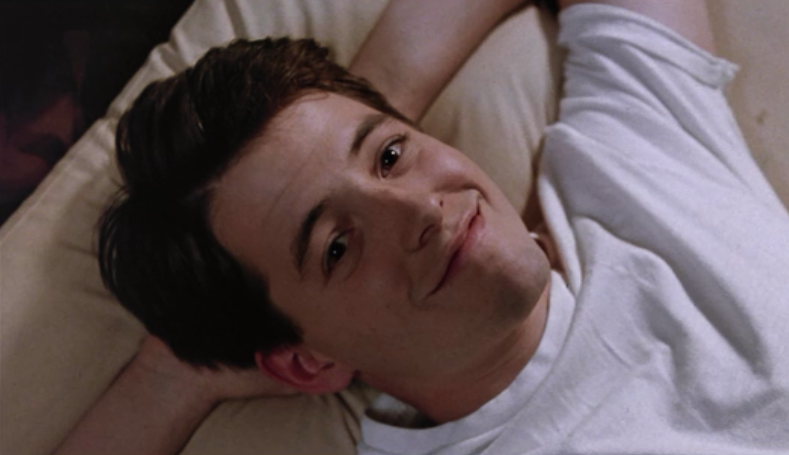 “Yes, cars move pretty fast. If you don’t stop to look around once in a while, you might miss them. Thank God for bollards.”